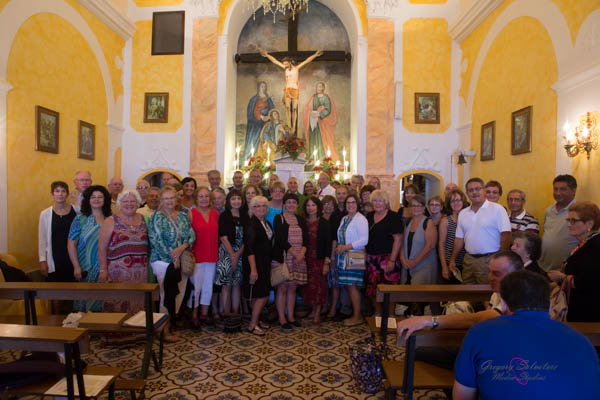 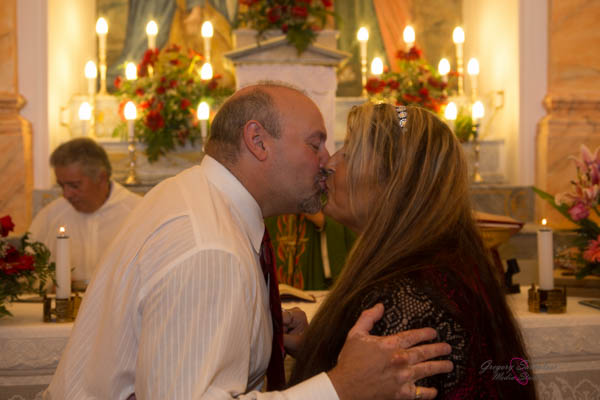 See and purchase the travel books inspired by this years travel exchange here.

A group of relatives and friends of Holy Cross Society members have arrived in the United States on September 5, 2012 to help celebrate the 100th anniversary of the Holy Cross Society of Easton. Led by Filippo Frantantonio, the group consists of 16 citizens of this famous Sicilian city known for its ceramics. The group visited Easton and additional sites in the United States and will be spent several days at the Holy Cross Celebration. In an effort for international relations, the group displayed their handmade Ceramic handicraft at the festival.

Holy Cross Society of Easton delegation after attending a Mass of Reunion at Letto Santo  to honor their Ancestors on July 3, 2011
From June 30, 2011 to July 6, 2011, a delegation of members from the Holy Cross Society visited their homeland and ancestral home of Santo Stefano di Camastra and were welcomed with open arms by their relatives, town officials and residents. The highlight of the trip was a Mass of Reunion that was celebrated on July 3, 2011 at Letto Santo, the celebratory grounds where so many of the member’s parents and grandparents celebrated their heritage in year’s past. Gifts to the parish as well as to the town of Santo Stefano were presented by Holy Cross President Tumminello and Easton Mayor Sal Panto.